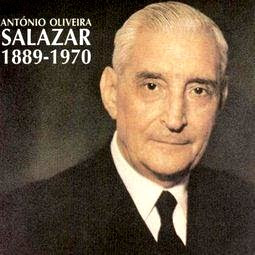 
By Joao Lima
July 22 (Bloomberg) -- Former dictator Antonio de Oliveira Salazar might have been remembered as Portugal’s best investor had central bank rules allowed the country to benefit from his shrewdest trade: Europe’s biggest gold pile.
Portugal owns more of the precious metal relative to the size of its economy than any euro country, accumulated mostly during Salazar’s 36 years in power using savings and money from exports including tungsten and canned fish. Gold’s 26 percent advance in the past year leaves Portugal holding an increasingly valuable asset, though one the indebted government can’t touch because the law prevents proceeds from going to state coffers.
“With the increase in the price of gold, you have some nice booked gains, but you can’t cash them in,” said David Schnautz, a strategist at Commerzbank AG in London. “It’s a buffer for an extreme-case scenario.”
Portugal’s budget deficit is three times the limit for euro members and its debt will equal 84 percent of gross domestic product this year. Standard & Poor’s gives Portugal the second- lowest credit rating after Greece among the 16 euro countries.
The 382.5 tons of gold that Portugal holds are valued at about $14.7 billion, or 6.8 percent of GDP after converting into euros, Bloomberg calculations and International Monetary Fund data show. Italy’s gold equals 4.8 percent of its economy, followed by Germany with 4.2 percent. Greece’s gold reserves equal 1.4 percent of GDP.

Moody’s Investors Service, which cut Portugal’s rating by two notches on July 13, only looks at gold reserves in cases where governments need to generate “hard” currencies such as dollars and euros. That doesn’t apply to Portugal, said Anthony Thomas, a sovereign debt analyst at Moody’s.
Portugal’s gold is managed by the Bank of Portugal, whose law says proceeds from sales must be placed in a reserve account and can’t be transferred to the state treasury. The bank pays a dividend each year to the government from earnings on interest and securities. The dividend paid for 2009 was 203 million euros ($260 million), the central bank said in a July 2 e-mail.
A Bank of Portugal official in Lisbon declined to comment on the management of the gold reserves, as did a Finance Ministry spokesman in the Portuguese capital.
Salazar made his name in Portuguese politics as a budget disciplinarian at the Finance Ministry before serving as prime minister from 1932, when he developed the authoritarian “Estado Novo” or “New State,” until 1968. He died two years later at the age of 81.

“In exchange for exports, the Portuguese state sought to obtain scarce goods and services during World War II, and secondly convertible currencies or gold,” said Joao Paulo Avelas Nunes, a professor at Universidade de Coimbra in northern Portugal and author of a book on the Estado Novo and its relationship with the wolfram industry.
Wolfram, the mineral from which tungsten is obtained, soared in value when the war started in 1939 as its resistance to heat and impact made it ideal for weapons production.
Portugal is Europe’s third-largest producer of tungsten after Russia and Austria, according to U.S. Geological Survey data.
Portugal had 866 tons of gold in 1974, when the dictatorship of Salazar and his successor Marcelo Caetano ended, according to the Bank of Portugal. In 1950, Portugal’s gold reserves totaled 171 tons, World Gold Council figures show.
When the regime was overthrown, along with the military junta in Greece, Portugal was one of the poorest countries in western Europe and was fighting a war in its African colonies.

Gold is headed this year for a 10th consecutive annual advance, the longest winning streak since at least 1920, and traded at a record $1,265.30 a month ago in London. Since then, it’s declined 5.8 percent to $1,192.50.
Central banks and governments added 425.4 tons to reserves last year to take the total to 30,116.9 tons, the most since
1964 and the first increase since 1988, data from the World Gold Council show. Gold represents 82 percent of Portugal’s national reserves, the highest percentage among the 20 biggest holders of the precious metal, according to the gold council.
“The surprise to anybody outside of the gold market is that Portugal stuck by their reserves when other euro-zone countries were actively selling,” said Jessica Cross, chief executive officer of London-based commodities research company VM Group, which has tracked gold sales by central banks for 17 years. “Portugal happens to be in the right place at the right time having large amounts of gold.”
The Bank of Portugal has said it sold batches of the metal every year from 2003 to 2006 under an agreement between European central banks that caps gold sales.
“Portugal’s reserves go back a long way,” said Antonio de Sousa, president of the Association of Portuguese Banks and a former governor at the Bank of Portugal. “Beyond the symbolic value often attributed to gold, it’s an asset like any other.
It’s a question of portfolio management.”
-------------------