Frank Field and Nicholas Soames argue that both Labour and the Tories have failed to address the voters' fears.


Statistics don't usually set the blood racing. But here are a few, published yesterday by the Office for National Statistics, that might shake you. In the next 20 years, the population of the UK will rise from 61 million to 70 million – and then go on rising. The bulk of that growth will be due to immigration, which will have added seven million – seven cities the size of Birmingham – to our population by 2034. In the next 10 years alone the British population will rise by four million.

Traditionally, a major characteristic of this country was the stability of our population. In fact, up until the mid-eighties more people left than wished to come here to live. Twenty-five years later the picture has been transformed: the population has grown by more than 4.4 million. How has this happened?


Related Articles
Voters are giving up on Labour because it gave up on them
Seven in ten Britons want immigration slashed
Rise in foreign births 'to blame for primary school crisis'
New private sector jobs taken by foreign workers, research suggests
European elections 2009: Gordon Brown 'terrorising MPs' claims Frank FieldThree forces account for this transformation. First, governments simply gave up taking an interest in whether people who came to this country as visitors, workers or students ever left again. The last Conservative government abolished the need to keep note of who was leaving Britain for Europe, while the present Government abolished the same check on those going to the rest of the world. The message was clear: Britain had no interest in challenging people who stayed beyond their allotted time.

Second, the Government has not dealt fairly with those making asylum claims. It is the mark of a nation how it stands by those in need, yet our system has not worked; it has collapsed, to the detriment of genuine asylum seekers. Decades later, some are still waiting for their cases to be concluded.

Third – and most important – the present Government has acted as a recruiting sergeant to enrol workers from abroad. Before the EU expanded, ministers asserted that no more than 13,000 would come each year from the new countries to find work in this country. All too quickly the numbers swelled towards a million. But the jokes about Polish plumbers have hidden a key fact: two thirds of immigration comes from outside Europe, and is of people who want to make our country their home for good.

Overwhelmingly, this increase in immigration has been in England which, within the past 15 years, has become the most densely populated country in Europe. England is being fundamentally changed. All too many schools report that English is not the first language for the vast majority of students. Yesterday's statistics show that, over time, the increase in population will to an even greater degree be down to those coming here and their offspring. We have failed fully to integrate many of our newcomers: this shift will further tilt the balance away from a cohesive national identity.

Rather than use its energies to control these waves of immigration, the Government has instead clamped down on any public debate about the issue – it has studiously avoided seeking voter approval for the changes Britain has undergone. Gordon Brown's 6,435-word address to the Labour Party conference last month contained a mere 83 words about immigration. At the Conservative conference, David Cameron offered a mere 58 words out of 6,387. So much for the new era of honesty in politics.

Politicians' failure to address what voters have always regarded as one of their top two priorities (the other is the economy) has opened the door to the BNP. Nick Griffin does not owe his opportunity to peddle evil views on tonight's Question Time to some faulty judgment of the BBC. His vote in the European elections earned it for him. And that opportunity only arose because of the political cowardice and irresponsibility of the two main parties – but particularly of the Labour Party. Poll after poll shows BNP support coming from ex-Labour voters who believe their party has deserted them on immigration, and failed to represent their interests as underdogs in what until recently was a country characterised by unparalleled prosperity.

Social strains caused by immigration were all too obvious even during a period of record public spending increases. Immigration now accounts for 40 per cent of new households formed, just as the waiting list for social housing in England tops 1.8 million – an incredible 80 per cent increase in the past six years. We are now into a period of unparalleled austerity. The social tensions that are already present could be massively exacerbated, especially as yesterday's figures suggest the population will increase by a further two million over the next Parliament – and a further two million in the Parliament after that.

It was the dereliction of duty by Parliament to discuss a key voter priority that led us to establish last year the Cross Party Group on Balanced Migration. All of our members readily testify to the advantages that immigration can bring to any country. But it is the scale of immigration, and its impact on our population, that have concerned us.

A key demand of our group has been for the Government to cut the link between people coming here to work and automatically gaining citizenship. Once a person has been in this country for four or five years they practically always gain citizenship. The present Home Secretary, to his credit, is consulting on our proposals of a two-stage entry to citizenship. Stage one would determine how many people are allowed into the country each year to work. A second and new set of procedures would then come into play, whereby people applying for citizenship would have to prove their worth. That status would no longer be automatically granted. Far from it.

If we are to reduce immigration sufficiently to prevent Britain crashing through the 70 million population barrier then the criteria for entry as well as for citizenship will have to be very tough.

Earlier this year, in a little-noticed interview on Radio Five Live, David Cameron said he wished to bring immigration back to the levels of the 80s and 90s. To achieve that objective would mean cutting 2007's level of immigration by 75 per cent, but current Conservative policies would only cut immigration by a quarter. Even a 75 per cent reduction would keep our population just below 70 million. Migration must be brought into balance if we are to stabilise our population at 65 million, compared to today's 61 million.

A fight-back against the BNP will only begin when the party leaders give a full pledge that our population will not breach the 65 million barrier. That would then set in train a whole series of restrictions that Balanced Migration believes crucial if our country is to regain some sense of cohesion and identity.

Politicians want to rebuild trust in politics. We agree – and here is a good place to start.


British couple stabbed to death in Kenya
Police in Kenya are investigating the deaths of two elderly
Publicada por lusitânea em 3:34 AM No comments:

CONSEQUÊNCIAS DO MELHOR ACOLHIMENTO DO MUNDO

PORTUGAL A CASA PIA DO MUNDO

------------
"We are the Aborigines here," he said. "It is racist to shut white people out of their own country. The majority of the British people are descended from people who have lived here since time immemorial who now feel shut out from their own country."
The BNP spokesman John Walker said this morning that the BNP's critics would be “smug” about Mr Griffin’s performance last night, but said the Question Time format had been altered especially to target him.

He said: “This wasn’t really Question Time, was it? They changed the whole format of the programme into a complete, 100-per cent attack on Nick.”
Britain's best-known black politician accused the BBC today of having handed Nick Griffin the kind of "victim" status that he craves during a Question Time clearly designed to humiliate the British National Party leader.

The views expressed by Diane Abbott largely coincided with those of the BNP itself today, which said that "white working class" voters would have been shocked by the treatment Mr Griffin received.

“Our black, Muslim and Jewish citizens will sleep much less easily now the BBC has legitimised the BNP by treating its racist poison as the views of just another mainstream political party when it is so uniquely evil and dangerous.”

Castro's Man in Europe
It's been a good year for dictators in Cuba and beyond. If Spain's foreign minister
Text .Havana's man in Europe is returning from Cuba with a simple request: For his EU partners to drop their focus on human rights. After a two-day visit with the Cuban government, Spanish Foreign Minister Miguel Angel Moratinos will press his Continental counterparts to scrap their 1996 "Common Position" on Cuba in order to fully normalize ties with Raul Castro's dictatorship

OS RICOS A PAGAR A CRISE

Generals join forces to resist 'hijacking' by BNP
The British National Party is tarnishing the Forces’ reputation by associating itself with the sacrifices of servicemen, they write. They highlight fears within military circles that the party is exploiting their public standing.

It comes amid anger at the BBC’s invitation to the BNP leader Nick Griffin to appear on Question Time this week. The Times revealed this month that the party had been targeting veterans’ charities to widen its appeal.

General Jackson told The Times: “The BNP is claiming that it has a better relationship with the Armed Forces than other political parties. How dare they use the image of the Army, in particular, to promote their policies. These people are beyond the pale.”

The BNP has repeatedly used insignia, images of Winston Churchill and pictures of soldiers. It named its campaign for the European elections, in which it won two seats and nearly a million votes, the “Battle for Britain”. Its campaign logo was the Spitfire and it regularly evokes the “spirit of the Blitz” on its website.

Mr Griffin repeatedly wears a poppy badge despite objections by the Royal British Legion, which has accused him of exploiting an emotive issue. 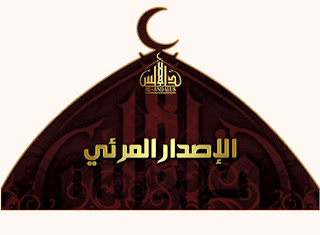