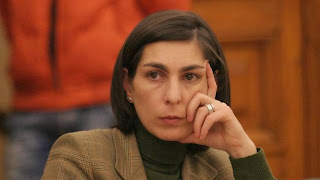 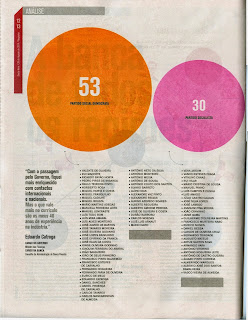 Vídeo pode ajudar a capturar homicida do Cais do Sodré

Rotherham: In the face of such evil, who is the racist now?
The Yorkshire town where 1,400 girls have been sexually abused by Asian men is a byword for depravity – all because people wouldn’t rock the multicultural boat
Rotherham
In Rotherham, South Yorkshire Police “regarded many child victims with contempt” Photo: Ross Parry Agency / rossparry.co.uk
Allison Pearson By Allison Pearson9:00PM BST 27 Aug 2014Comments137 Comments
Let’s start with a riddle. If South Yorkshire Police can mount a raid on Sir Cliff Richard’s home in pursuit of evidence linked to a single allegation of child sex abuse 30 years ago, why were South Yorkshire Police incapable of pursuing multiple allegations against multiple men who raped 1,400 children over 16 years?
One thousand four hundred. Consider the weight of that number, feel its tragic heft. Picture 50 junior-school classes of little girls in Rotherham, once a respectable northern town, now a byword for depravity. We have seen child-grooming cases before, but the disgusting stories revealed in the report by Professor Alexis Jay amount to evidence of abuse on an industrial scale.

There are other hopeful signs. The Rotherham scandal seems temporarily to have silenced those who insist, every time a child-grooming case is exposed, that most paedophiles are white. Indeed they are; but the Rotherham abusers were not paedophiles. They were men of Pakistani heritage slaking their lust on young girls they regarded as white trash because they knew they could get away with it. It grieves me to say they were right. Like South Yorkshire Police, they treated 1,400 defenceless children “with contempt”.
On Channel 4 News on Tuesday, Javed Khan, the chief executive of Barnardo’s, refused to give a straight answer to a question about the part that “ethnicity” played in the abuse of girls in Rotherham. As the presenter Jackie Long persisted, Mr Khan insisted that we should not be focusing on the identity of the perpetrators because it “distracted attention” from the children who were their victims.
On the contrary. It is of the utmost importance that wider society wakes up to the fact that there is what the inquiry found to be a “deep-rooted problem of Pakistani-heritage perpetrators targeting young white girls”. Many of us who have been saying this for a long time have been shouted down as racist. Thanks to Prof Jay, it has been stated publicly for the first time that the fear of appearing racist was more pressing in official minds than enforcing the law of the land or rescuing terrified children. It is one of the great scandals of our lifetime.
The Labour council of Rotherham stands accused of ignoring child sex abuse on an unimaginable scale for 16 years. There can be no more serious charge against a public body. Former councillors who dismissed evidence or otherwise attempted to pervert the course of justice should be arrested. Officers who snubbed appeals from desperate children and their families have no place in our police force.
Thus far, a mere five men have been jailed in connection with the disgusting crimes in Rotherham. A further 30 are under investigation. We need a campaign to get other abused children to come forward and receive the appropriate help. We need them to identify the perpetrators. Shame and name, and shame again. Above all, we need those girls to know that what was done to them was criminal, and the way those crimes were ignored and suppressed by powerful men with a political agenda was despicable as well as criminal. To avoid rocking the multicultural boat, they fed 1,400 children to the sharks. No just God would stand for what they did. 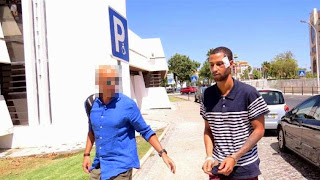 Call to strip British citizenship from 'traitors' who fight for Isil

Britons who fight for Isil in Iraq and Syria should be considered traitors and stripped of their British citizenship, the former shadow home secretary has said.

“Imagine that in my youth during the Cold War, I had gone off to join the Soviet Army with the intent of taking action against NATO, or that my father had gone to join the Nazis in the Second World War. Those actions would quite properly have been viewed as treason. What these young men have done is worse.”

OI BRISTISH ASK A JEW TO WRITE A NEW "CAPITAL" THAT ALLLOW THE LEFTISTS DESCOLONISE EUROPE... 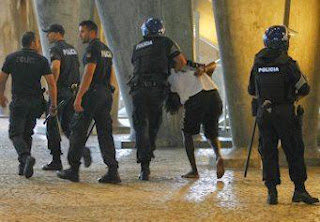 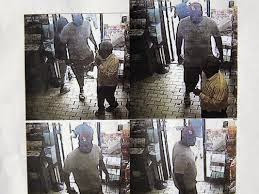 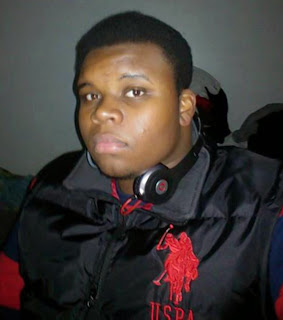 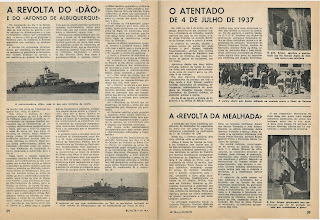 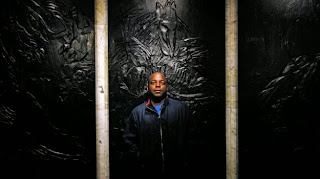