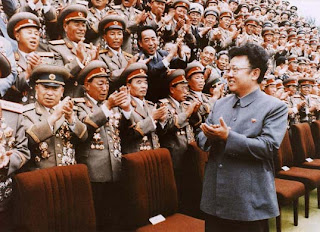 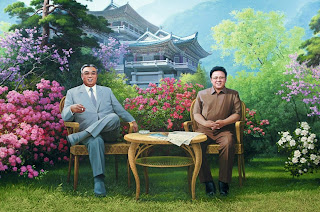 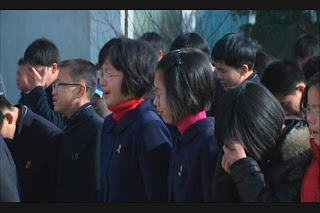 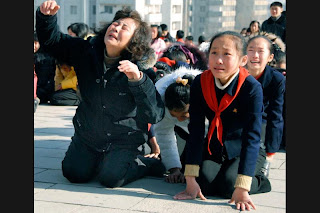 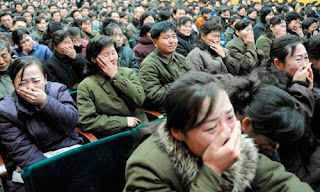 Plans to evacuate thousands of British expatriates from Spain and Portugal if the eurozone crisis dramatically deepens are being drawn up by the Government.
Foreign Office sources last night confirmed they were looking at emergency plans to help thousands of Britons get home if they are unable to get their money out of Spanish and Portuguese banks.
One well-placed source said: ‘The idea of repatriating British citizens is at the extreme end of the options nowbeing looked at.' 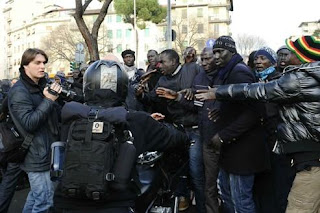 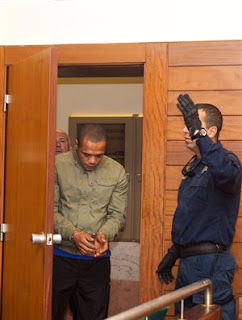 A dozen years after emigrating to Spain, where she works as a cleaner, Quinatoa is leading a rebellion against banks that have left hundreds of thousands facing destitution.

Her latest move is to have a bill in the Ecuadorean parliament that will declare punitive Spanish mortgages illegal and allow her countrymen to escape the debt collectors by returning home. "Most Ecuadoreans arrived here between 1998 and 2002, fleeing an economic crisis at home," she said.

"We found work but we couldn't find places to live. Landlords wanted six months' payment up front and a Spaniard to guarantee payment, so we ended up packed together in tiny flats with whole families in single rooms."

But as Spain's immigrant population increased fivefold with the arrival of almost five million people over the first decade of the 21st century, the banks identified a new source of income. "The savings banks began inviting us to free cultural events," she said. "They would also tell us how to get mortgages, telling us that property was a good investment. They offered loans of 120% of the value of a home."

Banks and estate agents were in league, talking immigrants into taking out vast loans with terms they often did not understand. Quinatoa saw a "lovely big apartment" and was told to put down a deposit. But then she was told it was no longer available. Rather than return the money, the agency offered a much smaller apartment. In the end, she borrowed €164,000, including a €14,000 personal loan to pay the agency's fee.

In the meantime, she was told that she must also offer her home as collateral for another Ecuadorean family. "We just went to the notary, or to the bank, and signed," she said. "It was a way to find somewhere decent to live."

Then Spain's vast property bubble burst and unemployment surged to 23%. The pyramid of loans and guarantees shoring up some €3.5bn of debt collapsed. Now only 29% of Spain's 400,000 Ecuadoreans are up to date on their repayments, but those who cannot pay fall foul of a Spanish law that means banks can repossess homes while only cancelling half of the mortgage and charging repossession "costs".

Eduardo, a 43-year-old builder from Quito, will lose his Madrid flat in May but will still be heavily indebted to the bank. "I'd leave now, but I am worried about the people who put up the guarantee," he said. "We are honourable people," said Quinatoa. "And we like to pay our debts. But this system is impossible and unfair."

The leader of Madrid's Ecuadorean immigrant association, Quinatoa represented groups who blocked access to homes due to be repossessed, forcing bank officials to back off and negotiate.

When a bank rang Quinatoa to say it wanted to repossess her flat to cover the debts of the family for whom she had stood as guarantor, she led a march to the Caja de Ahorros del Mediterraneo (CAM) bank that had sold many immigrants their mortgages. "They just rang and said, 'We are going after your house," she said. "But banks don't like people protesting at their doors, so they accepted the keys to the other flat in return for cancelling the debt."

In the end it was not Quinatoa who went bankrupt, but CAM – one of several savings banks to have folded because of reckless property loans.

Getting money back from immigrants can be difficult, especially if, as many homeless Ecuadoreans and a lot of British buyers on the "costas" have done, they just run home. However, Spanish banks have other ways to recover money. British law firms are, for example, being hired to go after those owing money on holiday homes. With Ecuadoreans, though, they simply package up the loans and sell them on to others.

One eager buyer has been Banco Pichincha, an Ecuadorean bank that has set up in Spain. "The bank is asking people to put up properties in Ecuador as collateral," Quinatoa explained. "That means if you can't pay here, they can take your property there."

Pichincha has denied it will go after those who return home, but Ecuador's parliament looks set to act anyway.

Last year Quinatoa travelled to Quito with the draft of a new law which will declare Spanish mortgages to be "illegal and unenforceable" and allow her countrymen to free themselves from an otherwise inescapable debt trap.

"Too many young criminals thought, 'Even if the police come here, what are they going to do – arrest me? Well, that is a joke. You know I have done this before and all that happened was the bloody magistrate remanded me over or I got an asbo.' The system seemed hell-bent to get you out without any kind of punishment."

Duncan Smith insisted that he believed gangs had played a large role in the riots, even though police figures have suggested as few as 18-19% of those arrested were in gangs. He described the figure as staggering, given that gang members represent 1-2% of society. "Gangs are firstly the products of social breakdown, and they are also the drivers of perpetual social breakdown in these communities."

He said young people would not go for a job because the bus taking them to the interview would cross gang zones. "The chances are you will get stabbed. Whole families will not go out in the evenings because of gangs. Shops that open near an estate will find they have to pay a particular crew off. They pull down and lock down communities. Think about gangs as dysfunctional, nasty businesses and then the whole thing becomes explicable."

Citizens of the EU
How to Forge a Common European Identity
Many feel that if the EU is to survive, residents of its 27 member countries need to develop a stronger sense of a common European identity. 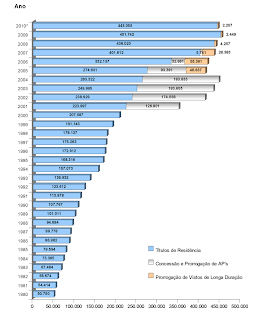