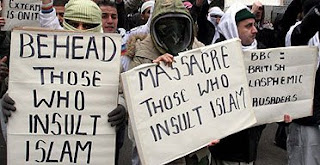 Anti-Islamist politician Geert Wilders vows to defy ban by entering BritainEmily Gosden
A far-right Dutch politician will attempt to defy a government ban on his entering Britain today, amid a diplomatic row over his right to visit.

Geert Wilders, an anti-Islamist, will fly in to Heathrow to attend a screening of his film Fitna at the House of Lords hosted by the UKIP peer Lord Pearson of Rannoch.

The authorities would have to prevent him physically, he said. “I’ll see what happens at the border. Let them put me in handcuffs.”

The film features verses from the Koran with images of terrorist attacks in New York, London and Madrid and calls on Muslims to remove “hate-preaching” verses from the text. Lord Pearson said that the screening would go ahead with or without Mr Wilders.

The Home Office decision to refuse Mr Wilders entry on account of his views provoked Maxime Verhagen, the Dutch Foreign Affairs Minister, to call David Miliband, the Foreign Secretary, to protest at the decision.

“The fact that a Dutch parliamentarian is refused entry to another EU country is highly regrettable,” Mr Verhagen said. He revealed his conversation with Mr Miliband via a posting on his Twitter website.

Mr Wilders, 45, is being denied entry under an EU law that allows member states to turn away individuals from other member states if they are deemed to constitute a threat to public policy, security or health. Since 2005, 270 people have been excluded on suspicion of being a threat to national security or fostering extremism, including 79 “preachers of hate”. Muslims including Lord Ahmed support the Government’s decision to deny Mr Wilders entry. A spokesman for the House of Lords declined to comment on the allegation.