Seven days of savagery in Wild West Britain: FOUR pensioners as old as 95 are brutally mugged during a week of violence across the country
Callous yob 'sickeningly' battered 92-year-old man in Blackburn, Lancashire
Attacker followed his frail victim home before 'serious assault' on Wednesday
An 88-year-old man was thrown to ground in Norbury, South London on Monday
Thug stole his bag, phone and £300, before fleeing with male accomplice
Pensioner, 93, mugged in broad daylight in Oldham, Greater Manchester
Two men attempted to wrestle a handbag from her at a bus stop on Thursday
Hours later, a gang of teenagers broke into the home of a 95-year-old woman
The pensioner struggled with the burglars and was shoved to the floor 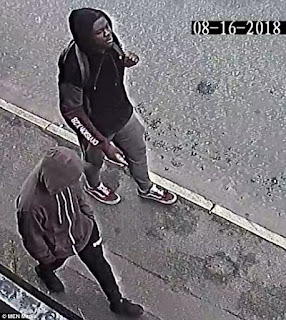