Greedy security guard and his wife masterminded a £200,000 theft racket at a hospital by looting car parking pay staions and spent the cash on a quad bike, jewellery and electrical goods
Peter O'Garro, 52, looted car park pay stations along with his other colleagues
Thefts were carried out over a seven month period at Wythenshawe Hospital
The sum which they stole could have paid salaries six nurses to work full time
By CHARLIE BAYLISS FOR MAILONLINE 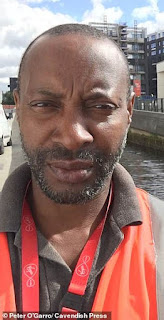 Peter O'Garro, 52, looted car park pay stations which he was assigned to guard at Wythenshawe Hospital in Manchester

A security guard and his wife managed to steal more than £200,000 from an NHS hospital - enough money to fund six full time nurses for a year.