Madeleine McCann's family suing Portuguese detective, claiming damage to themselves and the search for missing girl 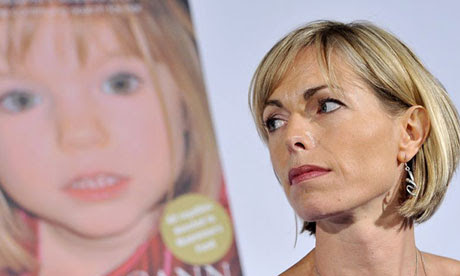 Kate McCann is attending a libel hearing against the Portuguese detective Goncalo Amaral, who investigated and wrote a book on Madeleine's disappearance. Photograph: Andy Rain/EPA
Kate McCann, the mother of missing girl Madeleine, will attend a Portuguese court on Thursday for the start of the family's libel action against a former local police chief.
Kate McCann will be accompanied by her mother, Susan Healy, for the first hearing of the case against Goncalo Amaral who published a book making allegations about the three-year-old's disappearance.
The McCanns have strongly denied the accusations and say the former detective's claims have damaged the hunt for Madeleine and exacerbated the anguish suffered by her relatives.
Their lawyer Isabel Duarte is expected to set out the case – on behalf of Mrs McCann, husband Gerry and their twins Sean and Amelie, now eight – at Lisbon's civil court.
Mrs McCann, who is travelling to Portugal for the hearing, could have been called as a witness but is not expected to give evidence. Instead a number of relatives will appear in the witness box. They will give evidence relating to the "damage" caused by Amaral's book which, they claim, poisoned public opinion in Portugal against the family and deterred people from searching for Madeleine.
The family is seeking around £1m in damages.
Amaral, the detective who initially led the inquiry into Madeleine's disappearance, is expected to argue that under Portuguese law he is entitled to make the claims published in The Truth Of The Lie.
The former officer was removed from the Portuguese investigation in October 2007 after criticising the British police. His book is still on sale in Portugal.
Madeleine, who was then nearly four, disappeared from her family's holiday apartment in Praia da Luz in the Algarve on 3 May 2007 as her parents dined at a nearby tapas restaurant with friends.
British detectives launched a fresh investigation into her disappearance in July – two years into a review of the case – and have said she could still be alive.
The Portuguese investigation into Madeline's disappearance is officially closed.
The libel case will be heard on Thursday and Friday, then again on Thursday and Friday next week. A final hearing is expected on Friday 27 September with the judgment deferred to a later date.