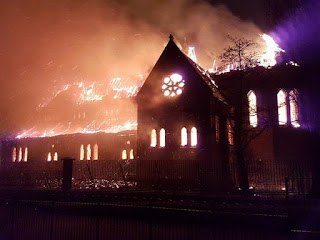 The Church of Ascension had recently undergone £250,000 worth of restoration work according to parishioners.